Thoughts from this past week:

Rising Activity:  In recent notes, we highlighted signs of rising activity, specifically more evidence from meetings with E&P’s about plans to reactivate frac crews.  One benefit from a large distribution list is we often receive unsolicited feedback, some good and some bad.  On the good side, we had inbound messages from two frac providers.  Each of them provided additional evidence of E&P’s looking to add crews.  These anecdotes are above and beyond our prior tally, so a positive.  The bad news, however, is the pricing offered for this work is borderline stupid.  The comments suggest bids are as much as 30% below pricing from just a few months ago.  One company claims winning bids generate negative gross margins while in the case of one bid, the E&P purportedly went to over 15 frac providers for quotes.  In our view, including 15 companies in a bid reaffirms our long-standing view that “partnerships” between OFS/E&P firms is more a talking point than a reality for some E&P’s.  Meanwhile, those companies who bid below cost should not bemoan the market challenges when, in fact, they are part of the problem.  Moreover, the idea that an E&P would include ~15 companies in a bid is proof positive that massive industry consolidation is needed.

Upcoming Auctions/Asset Sales:  The Circle of Life continues.  This is a term we use to describe a sad reality of the oilfield.  Specifically, sustained negative returns and stressed balance sheets often lead companies to shut their doors and go away.  This, in theory, leads to a normalization of the market.  But often, new life is breathed into shuttered assets as much of the equipment finds its way to auctions.  For patient and risk averse buyers, these liquidations provide an opportunity to find a low-cost equipment.  For folks with a modicum of capital and strong relationships, capitalizing on liquidations can serve as a nice start-up opportunity.  Such may be the case today as auction activity is beginning to percolate.  Here are a few examples:

Now, whenever we comment on auctions, the inevitable pushback from OFS friends is the “quality” of these assets and how they aren’t competitive anymore.  Frankly, there is probably some truth to this, but in a world where E&P’s go to ~15 bidders, this tells us equipment quality is not a driving determinant of work allocation (at least for some).  Consequently, there is an opportunity for resuscitated businesses to flourish.   And, the notion the market will rebalance as perceived troubled companies/businesses will shut down and go away is similarly fool’s gold.  Yes, the companies may no longer do business, but the assets just might.  Think Go Frac, Greenfield, RSI, Basic frac assets, etc.  If we’re not mistaken, most of those assets were sold/auctioned with some of it being used to reconstitute/expand others businesses.

Basic Energy Operational Realignment:  Virtually all OFS enterprises are in some form of retrenchment.  This takes the form of headcount reduction, modification of employee benefits, sale of non-core business lines and/or facility rationalization.  Some companies mention these efforts in generalities while others offer specifics.  Basic Energy Services is the latter as it recently announced publicly a structural realignment of its’ business.

Basic has yet to file its 10Q for Q1’20 thus we can’t opine on the company’s recent financial results, but in terms of its internal reorganization, the company will move to three regions versus five and will transition to a hub-and-spoke model which will remove a layer of G&A.  Interestingly, the new concept will remove yard-level P&L’s.  These efforts come at an ideal time as Basic is integrating its recent acquisition of the C&J well service assets.  Therefore, now is the time to make radical changes  which will streamline the business.   Like others, Basic has been aggressively cutting costs having previously announced a plan to reduce expenses by $20M and then in concert with the C&J integration, Basic called out synergies of $17M.  Now, the company takes the streamlining process one step further as it sees another $20M of savings with the realignment announced earlier this week.

These efforts should be commended as Basic, like so many of its’ well service peers, has generated limited profitability in recent years – a function of a massively deconsolidated market.  The good news is M&A efforts in well servicing are heating up, a much needed therapy for that sector.  As a reminder, in 2019 well servicing gross margins for Basic were a meager ~21% while consolidated EBITDA margins were ~4% (we’re not using Adjusted EBITDA).  One would assume a streamlined organization in a consolidating sector should generate better profitability when the market recovers.  Moreover, it will be interesting to see how the restructuring unfolds as the well service business has historically been a Balkanized model where each little town was its own fiefdom.  On the one hand, the announced changes should help drive better asset efficiency as no yard P&L’s should limit equipment hoarding.  On the other hand, we believe managers like to have their own P&L as it provides some semblance of personal control, so it will be interesting to see how they react.  That said, kudo’s to the company for laying out its strategy and taking a bold step towards enhancing profitability.

BKR Weekly Rig Count:  The good news is the w/w declines are shrinking.  The bad news is the rig count is still shrinking.  Thankfully, our call for 150-200 rigs appears to be wrong.  Feels like the bottom will be in the 250 vicinity.

As always, this is not investment advice…..just a few thoughts/observations from someone who loves this industry.  Hope everyone has a great week.

5.28 DEP Letters from the Road – Recap from the Permian 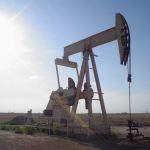 DEP Letter From The Road – Back from the Permian Basin