We just returned from a two day jaunt through East Texas and North Louisiana with stops in Bossier City, Shreveport, Waskom, Marshall and Longview.   Mood here is a bit better than other basins, in part given a less dramatic activity decline in recent months.  Namely, using the rig count as an activity barometer, the BKR rig count for the Haynesville totaled 32 rigs last week.  This compares to a Q1 average of 43 rigs, thus a ~25% drop.  Not too shabby relative to what we’ve seen in other regions, but don’t forget this region is well off its high’s from years ago.

Outlook Improving.  Our tour included meetings with folks in the following arenas: E&P, well service, pressure pumping, rental tools and oilfield chemicals.  As we canvassed the market and heard each companies respective views, it would appear the East Texas/North Louisiana rig count is poised to increase by 10-12 rigs over the balance of the year while an additional 7-8 frac crews are expected to return to service with at least one in June.  The return of frac crews will precede the return of the drilling rigs while potential activity increases inherently assume no decline in commodity prices.  Also, for what it’s worth, we estimate the working ETX/Haynesville frac crew count is in the 8-10 vicinity.

Shut-in Wells Coming Back Online.  One E&P acknowledged it recently began bringing wells online while a small well service rig contractor reports its working rig count increased from a low of 3 rigs to 6 rigs as of yesterday.  Not major increases, but a sign folks are reacting to higher oil prices.  This is the same theme we reported following our Permian trip last week.

Frac Pricing Anecdote:  In our last note, we touched on the aggressive pricing tactics by some in order to return crews to service.  In this note, we put the pricing data points into context.  Pricing for one Permian company was roughly $14,000 per stage a few months ago.  In the recent bid, pricing for this same type of work purportedly was awarded in the $9,000 per stage range.  According to a company who had previously priced its services in the low-to-mid teen’s, that price equated to a positive EBITDA, but not much.  Also, the positive EBITDA was not achieved with any creative accounting. In another example, a company put forth a bid for a single well project.  The price quoted represented about a 5-10% price concession from recent work.  The customer told the frac company his quote wasn’t in the ballpark and work was subsequently awarded to someone else at nearly 30% lower than our contacts bid.  We’ll go on faith the pricing anecdotes are directionally right and on that basis, it once again reminds us how badly the industry needs leadership as well as consolidation (we feel like a broken record).

Well Service Pricing:  One contact compared current hourly rates to prior peaks.  Today, rig rates are in the $230-$250 per hour.  In 2008-2010 timeframe, rig rates were in the low $300’s.  The decline in pricing largely reflects a sharp decline in demand in the region as the Haynesville drilling rig count at one time exceeded 150 rigs vs. 32 today.  But market fragmentation in well service remains a contributing problem as well.  Meanwhile, labor rates today are higher than the 2008 period, a key reason why margins for well servicing remain depressed.  Local contacts, like their peers in other basins, see consolidation in the sector as the only real solution to the current problems.

Random Thoughts.  Our hotel had a 19% occupancy rate last night, up slightly from a few weeks ago according to the front desk manager.  When one considers some of the large Shreveport casino hotels remain closed, this occupancy is really weak as gamblers would presumably be forced to stay at a nearby hotel instead.  Weekend stays do, however, pick up, according to the hotel contact, but weekdays are slow.   Really disturbing is the fact no beer on tap can be served at the hotel due to COVID.  Hard to understand that one.  We also stopped by a casino.  We confess it’s because we are a sinner, but we also use any opportunity to pursue boots-on-the-ground research.  Our take, folks who go to casinos on a Monday night in the midst of a COVID crisis are truly committed to their cause.  Or, they simply have a problem.  Either way, the social scene was dead as table games were shut down.  Darn it.  Our restaurant, meanwhile, was relatively full and the food was really good.  Given that the Vintage Steakhouse at the El Dorado was closed, we instead went to Superior’s Steakhouse.  Really good choice, although we still cast our vote for the Vintage.

Last One:  We head out to the Bakken on Friday.  Let us know if you have a yard in Williston, Gillette, Casper, Cheyenne or around Denver. 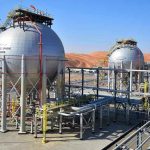 6.14.20 DEP Letter From the Road: Recap from the Bakken/PRB/DJ Basin Tour