Mixed emotions this week as our Permian trip felt like a cold shower, but upon returning to Houston, the BKR U.S. land rig count jumps 10 rigs w/w.  Feels like the zig and zag may persist, but on the margin, we see things improving, albeit not to the degree we originally prophesied in June.

Rig Count:  Good news.  The U.S. land rig count improved 10 rigs w/w to 241 rigs, although the increase was limited to just the Permian Basin.  Predicting weekly variations in rig activity is tough, but last week’s news of an increase should not come as a surprise.  Q2 earnings season provided ample evidence the direction of the rig count would be changing.   Recall, ICD, PDS and HP alluded to higher activity levels while PTEN and NBR essentially guided flattish near-term activity for their respective businesses.  The collective guidance from the public land drillers coincides (albeit a tad more conservative) with our previously espoused views as we began hearing anecdotes of 2H rig additions back in June/July.  Many of the rig addition anecdotes we heard were for short-term projects, likely a function of leasehold activity.  Our anecdotes were further confirmed by a myriad of E&P’s such as BRY, CDEV, CPE, CRK, ERF, MRO, PE, QEP, XEC who all collectively alluded to increasing 2H’20 drilling activity.  This was, however, offset by XOM’s comment about its continued push to drop rigs.

Rig Count Forecast:  As we expressed in our Permian recap note on Thursday, we walked away from the Permian tour a bit more depressed as the collective E&P fears over borrowing base redetermination season proved a real killjoy.  Part of the DEP thesis when we made our original land rig forecast this past June was an expected rebound in rig activity on the part of the private E&P community.  To be fair, we visited with four private E&P’s, an admittedly small sample, but 3 of 4 foresee flat rig count next year (if banks restrain capital).  Extrapolating across the entire private E&P community is risky, but these are Permian E&P’s and they are in a premier basin.

Moreover, with capital discipline likely a continued theme next year, it’s hard to see the wild west returning to the oilfield anytime soon.  Good example, consider news articles from two weeks ago regarding XOM’s move to eliminate its 401k match, presumably an effort to maintain its dividend.  That’s a bold move and not one we would have expected from them.  Hurt your employees presumably for the sake of the dividend – what does this action suggest?  For one, it leads us to believe XOM will not rapidly reverse its recent rig count reduction anytime soon (i.e. from ~60 rigs to under ~15?).  Our prior rig forecast assumed the Majors would reverse course in 2021.  We are beginning to question this assumption.  The combination of “returns-focus” and restrictions on capital make a sharp activity rebound in 2021 less likely, assuming, of course, WTI does not move assertively higher.  It’s worth pointing out a really smart E&P executive told us back in June that our forecast was likely too high, to which we pooh-poohed his views.  Looks like I need to buy him a beer.  So, what does all this mean?

As for our rig count forecast, the collective evidence tells us we need to make a trim – something we’ll formally do soon.  The question is how much.  That’s a tough one to answer as we haven’t even hit the 2021 budget season, but for now, the Q1 inflection in the table below feels excessive due to the following factors: (i) reduced E&P access to capital; (ii) Majors potentially running similar rig counts as 2H’20 levels and (iii) many E&P’s, such as a few Marcellus/Utica players, who opined on flattish rig activity in 2021 as they can do more with less.   We will visit with our E&P supply chain friends as well as our land rig contacts in late Q3 at which time we’ll roll out our revised 2021 rig count forecast.  We also want to see how borrowing base redetermination season unfolds.  Finally, we expressed a view in June that the COVID situation would likely become more clear as the year unfolded.  Our assumption then (and today) is more positive news would help drive improving consumer sentiment which would be good for the global economy, thus oil demand, thus oil prices.  Tonight, President Trump announced the FDA approval to expand COVID treatments with COVID-19 convalescent plasma.  Time will tell this effect, but we note oil prices are up fractionally tonight, perhaps on the heels of this news, but probably more on the storms entering the Gulf.  Not really sure.  BTW – we are encouraged to see the forward curve for nat gas now in the very high $2’s for much of 2021.

Frac Crew Count:  Our last formal tally of the U.S. frac crew count was ~111 crews.   We conducted this tally about two weeks ago and since that time, we believe the count may be up a tad.  Why?  Some frac companies have deployed more crews since our tally while an industry observer pointed out one company’s count in our tally was too low.  Now, to be fair, we have not asked every contact to submit a new count to us as we don’t want to wear out our welcome, but our estimate for working crews is closer to ~115 fleets now.  Notably, we understand our estimate for one frac company was likely too light by as many as ~3-4 crews; a Bakken contact tells us there are now ~7 crews running in the basin (we were at 4); a frac company shared two weeks ago an expectation to have one-two incremental fleets deployed by now (we’ll confirm this week) while another frac company returned a fleet to service.  The math would suggest an active count closer to ~120 fleets, but we haircut given the rise in spot, short-term work.

Our count contrasts with a weekly publication which recently reported ~80 working crews. Now, we don’t know how this company gets its data and we’re not trying to take any cheap shots or throw stones in glass houses.  We’ve been way wrong plenty of times in our career. Just look at how our 2021 rig count forecast may be shaping up.  But, we believe the ~80 fleet count is simply too low.  We point this out as virtually all NYC-based sell-side shops reference this data.  Not that we take our cues from NYC or London-based OFS analysts, we don’t, but some do.  Rather, our process, described below, along with paying attention to in-touch Houston/New Orleans-based peers (Lemoine, O’Leary) are better measures of leading-edge trends.

As for our process, we chat with virtually every frac company; we cross check certain counts with industry vendors to the frac industry while we also update with E&P contacts.  The mosaic approach is by no means perfect, but it’s directionally pretty good.  Also, frac crews, as some believe, are not concentrated amongst either a few E&P end-users or a few frac companies.  Rather, it’s relatively spread out.  We believe 29 frac companies are presently operating at least one frac crew in the U.S. while in the Permian, based on comments from industry contacts, we believe ~31 E&P’s have active crews with a total of ~50 crews operating.  To us, that feels fairly fragmented.  As for the path forward, we see rising frac activity into early Q4, but we also believe a November/December fade is reasonable given a growing portion of spot work that was moved forward.  That said, we don’t believe it is a stretch to see a working frac fleet in the 125-130ish vicinity on/before October.

Other Anecdotes: (1) A private fluid end company reports a bit more optimism as orders are transitioning higher.  Makes sense as frac activity is higher.  (2) A sand logistics provider notes expectations for rising 2H activity as a few more jobs are going on the board.

Houston Energy Conference & Expo.  Hopefully everyone noticed the announcement for our 2021 Houston Energy Conference & Expo.  This event will be at Minute Maid Park on February 24-26, 2021, featuring a welcome reception and on field batting practice for premier DEP subscribers as well as exhibitors/sponsors.  The reception would then be followed by a two day conference and equipment expo.  We will have specific details about exhibit space in the coming weeks so for those who have reached out regarding information, we’ll provide more event specifics very soon.  For those who missed the Save The Date announcement, but would like to participate, let us know.  Our objective is to have equipment displayed in the outdoor parking areas with booths inside the ballpark.  The conference will take place inside Minute Maid Park.  A final agenda will be formalized and distributed in October.

8.20 DEP Letter From The Road: Recap From The Permian 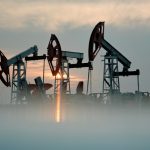