More consolidation news today as CAT announced an agreement to acquire Weir Group’s Oil & Gas Division.  Both CAT and Weir have played in the power end, fluid end, flow line businesses for some time.  Weir, however, is generally viewed as one of the top providers of product alongside Gardner Denver, ST9 and Kerr.  CAT is better known for its engine and transmission product lines.

CAT’s foray into power end/fluid ends originated with its 2012 JV with Ariel to acquire ProSource which was then renamed Black Horse.  If memory serves correct, CAT later went on to purchase Kemper Valve & Fittings in 2016 for its entry into treating iron, so the move by CAT to acquire within oil and gas is hardly new.  With the Weir purchase, CAT gains even more scale.

The biggest issue facing power end / fluid ends is too much competition and weak demand which has resulted in significant price discounting.  Therefore, this consolidation is welcome; however, in all of our field tours, neither CAT nor Weir were deemed the most flagrant violators vis-à-vis price cutting.  But for fluid end pricing to recover, more than one deal will be required as we believe there are at least another ~18-20 fluid end players still out there, a bit less on the power end side.  Further, on the treating iron side, multiple companies are introducing new monoline systems, thus that market is equally becoming more competitive.  Thankfully, completion activity is on the rise as is fluid end consumption.

The purchase price of the transaction is $405M and includes ~40 Weir facilities and ~2,000 employees.  No mention of cost savings in the release, but we suspect they could be sizeable.

No opinion on deal valuation just yet.

Other industry considerations (i.e. fluid ends, etc.): (1) status of the tariff fight on international steel forgings and (2) SLB’s fluid end business – what will they do with it post the SLB/LBRT deal. 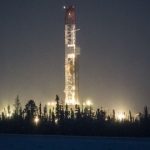 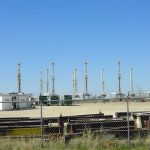