This week we provide a brief update on the U.S. coiled tubing market.  Also, for those in the Houston area who want to stop by our Christmas BBQ on Wednesday, let us know and we’ll get you the details.  Next week we head north to Fort Worth for company meetings as well as our golf outing (now fully booked).  We continue to make progress on our upcoming THRIVE Energy Conference which will be held at Minute Maid Park in late February.  Look for our working agenda in next Sunday’s note.  Please consider sponsoring or exhibiting at the event.

U.S. Coiled Tubing Update:  Once popular with Wall Street as well as a focal point for specialist private equity, the U.S. CT market is today a fraction of what it once was due to the massive slowdown in U.S. drilling and completion activity, coupled with the scourge of overinvestment and subsequent market fragmentation.  The coiled tubing backstory is eerily similar to most other onshore OFS segments: excessive profits = new capital = oversupply, made worse by the current industry downturn.  Good news, however, is emerging as utilization is on the mend and company fear is slowly giving way to cautious optimism.

In keeping with our well service report, which we published last week, we spent the past several days updating with CT contacts: builders, service providers and OEM’s who provide CT-related capital equipment content.  The message remains the same as the go-go days of coiled tubing are a distant memory as today the objective is to simply survive the current market malaise.  Persistent weak utilization and profitability have forced some to close their doors.  Others have pursued debt restructurings while many are selectively divesting individual CT units.  The latter provides the opportunity for entrepreneurial adventurers to enter the business or to simply expand one’s business.

The key for survival remains low operating costs and the right customers (i.e. dedicated work and/or non-adherers to frequent RFP’s).  As for the supply/demand imbalance, it remains oppressive on paper as we count nearly ~230 large diameter units, of which we estimate ~75-80 are active/staffed.  Importantly, unlike the world of frac where equipment attrition is a potential solution for the supply/demand imbalance, in the world of coiled tubing, equipment attrition is less of a factor.  Finally, a confession: tracking CT utilization is not easy as most of the active capacity is in the hands of private operators while some of the public operators provide little-to-no color on their respective business.  Consequently, tonight’s note is a bit light on financial details.  Something, we hope to cure when we publish our next CT update.

Industry Background.  The U.S. CT boom occurred during 2008 to 2014, a period of high utilization and excessive margins.  That combination created the right environment for private equity to create new businesses (i.e. RedZone, Redback, Legend, etc.) while the desire to join the CT fray tempted many public companies to buy into the CT business (Key/OFS Energy Services, Pioneer/Go-Coil, WFT/Infinistar – just a few and hoping our memory is correct on these). For example, to highlight the high’s/low’s of the sector, during the 2010-2012 heyday, Pioneer Energy Services acquired Go Coil for $110M in cash (10 units), but today those units are being liquidated for cents on the dollar.  This transaction is emblematic of several deals where assets were acquired at the peak, but where the businesses are being sold at the trough.  We highlight this particular deal not to pick on Pioneer.  Rather, the purchase price data is easily sourced from public information.  In fact, there are multiple other examples of business unwinds such as BJS and SLB’s departure from the U.S. coil market or WFT’s failed attempt to run a coil business.  Arguably, several other public companies probably wish they had not bought into the CT fad as several have large fleets on paper, but few units running.  Recent market softness is illustrated in the accompanying slide deck where we present quarterly revenue from 2018 to present.  For this basket of companies, quarterly revenue is down nearly 80% in Q3’20 from 1H’18 levels, a function of lower price, lower utilization and lost market share.

Management Sentiment Shifting:  Industry contacts share a common refrain.  Survival, including the need to stay gross profit positive, was the mandate throughout Q2 and into early Q3.  Cost cutting and the knife-fight to keep equipment running at all costs were critical.  As a result, CT pricing collapsed with pricing for large-diameter units reaching the low $20,000/day mark.  One company noted the price concessions for 2.375” units declined roughly 38% while pricing for 2.625” units fell 36%.  While pricing remains awful, the rise in utilization, coupled with an expectation for stabilizing activity levels, is leading some management teams to be more introspective on future capacity reactivation.  Namely, as many companies have transitioned from a survival to operating mode, companies are carefully weighing the benefits for market share gains vs. margin gains.  Namely, one company claims it recently increased its call-out pricing from $24,000/day to $27,000/day.  This change purportedly occurred within the past three weeks.  This example follows our reports of another CT player who claims it will test pricing in December.  For this company, utilization purportedly exceeds 80% with backlog slowly rising.  To be fair, this company’s utilization is a one-off relative to most of its peers, but most report rising demand.  From our standpoint, the willingness to forgo market share for profitability is a step in the right direction, something we hope to actually see in the coming months.

CT Pricing Example:  A good industry friend provided DEP with historical evidence to illustrate the downfall of CT pricing.  Specifically, we had the opportunity to review three invoices.  One from 2018, one from early 2020 (pre-COVID) and one from today.  The work tickets were all for a similar sized large-diameter unit.  What jumps out to us is not just the delta in the CT day rate, but also the specificity of items invoiced or rather the add-on charges which existed pre-downturn vs. what does not show up in a ticket today.  For example, the dayrate in 2018 was ~$47,000/day, but declined to ~$38,500/day in early Q1’20 and now totals ~$24,600/day.  In 2018 and even early 2020, travel time and crew mobilization charges were included in the invoice but not today.  Comparing the work tickets on an apples-to-apples basis would imply the all-in hourly rate in 2018 was ~$2,000/hour vs. today at ~$1,025/hour, a decline of nearly 50%.  What makes the problem worse is the fact that the CT industry is more efficient today vs. a few years ago.  Notably, the work ticket in 2018 took nearly four days to finish, but the work ticket today was just over one day.  A double whammy for a good CT company.

Asset Sales Remain Troubling.  A pet peeve of ours is the persistent effort by industry players across all OFS PSL’s to sell old equipment.  Yes, we know the asset sales are driven by the need to enhance liquidity, but companies who pursue this strategy simply perpetuate the market fragmentation challenges.  Presently, we are aware of efforts to sell stacked capacity by nine existing CT companies.  Admittedly, the exact specs of each companies equipment for sale are not known, but the trend is concerning nonetheless as buyers will need to find crews and where better to find people than to poach them from an existing provider.  Moreover, we believe we can point to two companies presently competing in the drillout market today which came into this arena very recently, per industry contacts, via the purchase of used equipment (i.e. Eastern and Lubritech).  We are also aware of assets for sale by Repforce Equipment Sales (one unit); two units located in Michigan for sale by Tradequip International while Permian International Energy Services will soon auction coiled tubing assets on January 19th.  Used values, according to industry contacts, are cents on the dollar – frankly, no different than what we see occurring within the frac and well service market.  The Repforce unit is listed at $800,000.  By comparison, a new unit would be north of $2M.

New Equipment Sales Remain Weak.  Not surprising, with CT companies generating little-to-no EBITDA, new equipment sales are languishing.  Generally speaking, a new CT large-diameter CT spread will run about $7.5M (we provide a breakdown in our attached slide deck).  When one considers the negative EBITDA margins generated by many players today, it’s obvious the newbuild market is likely to remain slow for some time.  Consider this theory – public company results indicate EBITDA margins are negative.  These margins are segment level so perhaps at the unit level some profit is being made.  We know some privates are making slightly positive EBITDA margins with one player characterizing margins at ~5%.  A question which we have not yet addressed, but will address in an addendum to this note is the role of the coil string.  According to contacts, strings of 2.375” run about $200,000 while strings of 2.625” run about $300,000 per string.  We had some CT providers question how long some companies can continue to operate as limited cash flow may impede the ability to purchase more coil.  Seems logical, but for now we have to simply note we’ll report on this next week.   Another aspect of the coil market which we will report on later is the role of technology.  According to one OEM, there are new applications which can help drive efficiency, including the potential to reduce the crew size – an important benefit as labor costs for some CT companies are running as high as ~40%.  The problem is few can afford to invest in this technology.  Again, we had a very cursory discussion on the technology topic, but much more digging on our part is required.

Final CT Comment.  We hate to sound like a broken record, but the CT market, like every other OFS segment, needs to see consolidation.  Duplicate costs need to be eliminated while more scale/less bidders is needed to reduce the persistent price knife-fight.  The current industry margins are not sustainable and while believe demand will improve, structural competitive threats such as competition from stick-pipe as well as the eventual adoption of dissolvable plugs may weigh on the recovery.  This final point is a topic we’ll also dig into during our next addendum.  We simply ran out of airspeed and altitude this weekend and it’s time to sign off for the night. 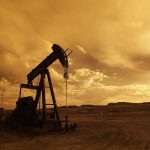 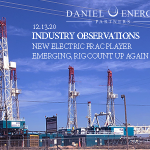