Back from vacation yesterday, so today we nerded out, spending all afternoon reading Q2 earnings call transcripts and IR slide decks.  Below are a few takeaways.

E&P Capital Discipline.  We reviewed transcripts/releases for eleven E&P companies.  We will review last week’s OFS transcripts on Monday.  The consistent theme thus far is a commitment to capital discipline.  Yes, some companies are taking 2H’20 capex dollars higher vs. Q2 spending (OVV, QEP, CXO), but there are also those who will spend less, either a function of budget shortfalls or timing (SWN, CVX).  For those willing to opine on a potential 2021 framework, most see flat-to-down spending (COG, AR, CXO, CNX, HES, OVV) while only a couple reference potentially higher y/y spending (SM) – in some cases, this is our interpretation of comments as opposed to firm guidance/comments.  On the one hand, flat-to-down sounds bad, but flat-to-down, we believe, also means higher than the Q2’20 run-rate, which is good.  The question is just how much higher.  Based on the tone of Q2 calls, we walk away with a feeling of “not much” but we aren’t fully prepared to throw in the towel for 2021 as there is little upside for any E&P company to highlight increased activity next year when the forward curve for oil is ~$42/bbl while nat gas is only ~$2.75.  Also, Wall Street is more concerned with returns (i.e. dividends, buybacks) vs. production growth.  Therefore, the best strategy for E&P execs is to preach discipline and lean on the valid premise that it’s too early to make a definitive call for next year.   In several cases, the very large E&P’s simply point to specific dates in late Q4 or early Q1 when they make formal announcements on spending.

The capital discipline theme this quarter yielded plenty of discussion on debt reduction as well as dividend discussion.  Companies such as CXO, SM, EQT, CNX appear to us to be laser focused on debt reduction.  Others, meanwhile, intend to live within cash flow.  Some allude to using free cash flow from unexpected higher commodity prices to fund a variable dividend.  At least that’s under consideration.  One thing this cycle taught us is fixed dividends for oil service and E&P’s are generally not fixed as the unwind in commodity prices and fight for survival resulted in dividend reductions/suspensions for many upstream participants.  Thankfully, analyst commentary in the select earnings Q&A sessions seem accommodating to the notion of a variable distribution.  In our opinion, this is a smart strategy.  Don’t over commit oneself and give flexibility in case another opportunity presents itself.  We are not a fan of buybacks as it seems those tend to occur at the top, not bottom of a cycle.  At the bottom when prices are low, the fear of spending cash precludes many from repurchasing shares even though that is, in our opinion, the best time to do it.

Continued Efficiency Gains:  Our E&P conference call data points below identify a few E&P’s reporting further efficiency gains and/or higher service intensity.  The pursuit of longer laterals is a consistent theme, but we don’t see much with respect to sand intensity or tweaks to completion designs.  The primary efficiencies reported are faster drilling and completion times.  EQT is a notable star this quarter as management provided specifics with regard to its ability to do more with less.  In its case, it will use less rigs and crews yet have no impact to production.

Well Cost Savings:  Q2 earnings season highlights numerous examples of E&P’s waxing poetic about the tremendous reduction in well costs.  This bravado is a double-edge sword.  On the one hand, the industry is getting smarter.  Better equipment designs, enhanced logistics planning, improved water infrastructure and completion techniques such as simul-fracs all speed up the drilling and completion process and that reduces costs.  This is good.  But a big chunk of the savings comes from oil service price concessions.  In many cases, these concessions were made on what some believe was already unsustainably low pricing.  Most E&P’s were asked about the make-up of the savings as well as the durability (i.e. what comes from efficiencies vs. service company price concessions).  On this point, there was little in the way of specifics, rather ranges were provided.  Generally, service company price concessions represent about 25-50% of the total well cost reductions.  Hard for us to debate the ranges.  Interestingly, several E&P companies suggest current well costs could still bleed lower.  This we do question as it’s simply not wise to make your service providers work for negative EBITDA.  At some point, those service providers might not be around.  With restructurings on the rise and consolidation just around the corner, it seems to us we will see OFS pricing bleed higher in 2021.

OFS Financial Results = Weak:  Q2 results, as well as the growing list of OFS bankruptcies/restructurings, is a warning signal to the U.S. upstream industry.  Something needs to give or else the wherewithal for the OFS sector to efficiently service you will fade.  The table below offers a snapshot of Q2 results.  In addition, we offer a few simple observations.

Take a look at the FCF results for those whose core focus is pressure pumping (we define as 1H’20 EBITDA annualized less capex).  Note all of these companies reported negative EBITDA.  For what it’s worth, we use each companies’ reported Adjusted EBITDA.  We point this out as we do not always embrace every companies adjustments as some elevate the adjusted EBITDA value by including non-recurring charges, some of which are cash.  For example, equity-based comp is often added back as it is a non-cash expense.  Since it is a recurring expense to an investor, we personally believe it should serve as a penalty.   That said, for the sake of speed, we grabbed each companies Adjusted figure.  Now, we annualize this figure and reduce it by each companies stated 2020 capex plan.  Point is the amount of “Free Cash Flow” for these companies calculated under this method is not impressive.  In fact, it might actually be worse if one considers the 2H’20 results are more likely to mirror Q2’s results, not Q1.

Other companies, such as the land drillers, screen a bit better, but keep in mind, these companies have had the benefit of take-or-pay contracts.  The trajectory of EBITDA may actually be lower into Q3/Q4 as rigs reprice.  Meanwhile, a basket of these companies are burdened by too much debt, thus one would think the ability to deploy cash flow back into equipment upgrades, etc. is limited, or at least, it should be.

Finally, Adjusted EBITDA is not cash flow – we know this.  Our exercise is simply meant to be for discussion purposes and to keep this an apples-to-apples comparison.  Moreover, our point is to illustrate the unsustainability of today’s OFS market.  Knowing this is a key reason we are often frustrated by E&P’s seeking accolades for their reduced well costs.  Yes, we want them to do well, but we also want those who support them to do well.  Remember, when a capital intensive business does not generate sufficient cash flow, it’s hard to reinvest in oneself.  We are seeing this now with cannibalization on the rise.  Further, with the industry still burdened by too much debt, free cash flow, when it’s generated, probably needs to go towards debt reduction first. Now, take this one step further – only those select few companies who enjoy pristine balance sheets have the wherewithal to truly and liberally reinvest back into their business.  Smart E&P companies who seek partners as opposed to short-term low-bid contractors should take note.

Another New Frac Start-Up?  Another inbound inquiry from an OEM contact who reports a potential new start-up.  This management group, whom we have not personally identified, but are told came from a top 10 player, is purportedly seeking to build 40 pumps.  The OEM would sell a portion of the OEM content on the trailer, thus we believe there is some credibility to this report.  We believe the assets, if actually purchased, will go to the Permian.  While there is still much digging to be done with this particular anecdote, one reason we believe there may be some merit is because of the small, but growing call by E&P’s to have best-in-class, emission-friendly equipment.  As this equipment is in the inquiry stages, one would surmise it would not come to market until 2021, thus to apply today’s pricing/utilization framework may not be wise.  Moreover, we have heard one anecdote of a leading Permian E&P shifting its completion service requirements to those players who offer either an electric and/or Tier 4 dual fuel solution.  Perhaps this buyer sees this trend growing, thus a chance to quickly take share while its peers can’t reinvest.  We also believe some of the OEMs are/will be trying to introduce new emission friendly engine technology.  Could this potential start-up potentially be subsidized somewhat from an OEM seeking to gain traction?  Not quite sure yet, but a reasonable query.  So, while we don’t see this as an imminent threat and while we have not yet received a second confirmation on this potential start-up, our OEM contact is credible, thus we write about it.  Obviously, as we learn more, we’ll provide more color, but our gut says that companies who have best-in-class equipment will win, particularly as pressures for ESG friendly services/equipment grow.

E&P Earnings Highlights:  These are a few nuggets pulled from each company’s earnings release, conference call transcript and investor slides.  There is much more information available for each of these companies, but these are activity/spending related data points which we find interesting.  We also focus on just the L48 data points.

Hope everyone had a great weekend. 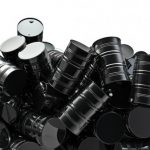 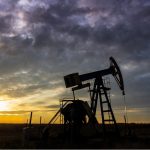